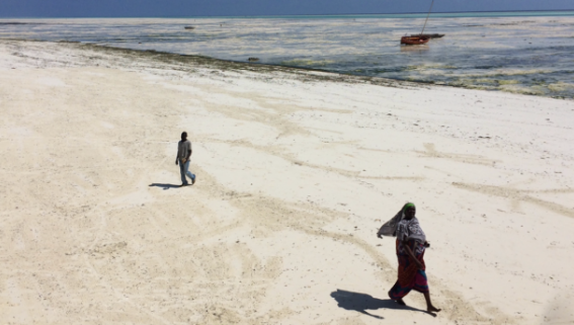 In November last year I took an Emirates flight from Gatwick to Dubai, and the following day an Etihad one to Dar Es Salaam. After few hours of waiting in that small tiny airport in which the only thing safe to eat was a mars bar, I got in the cockpit of a cute Cessna heading to Zanzibar, a beautiful tropical island in the warm Indian Ocean off the coast of Tanzania.

The road to Jambiani where the Red Monkey lodge is situated and I was going to stay for 6 nights, it was full of holes and dust but worth it. I passed by beautiful women with typical African colourful clothing, and tiny babies tied up on their backs. 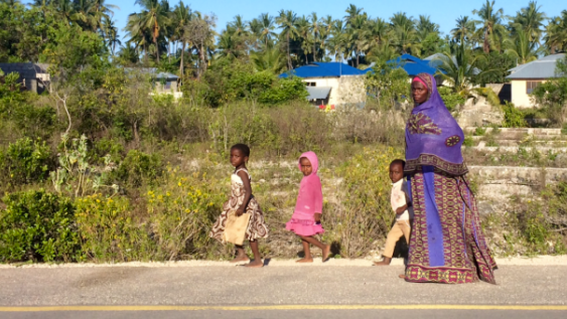 There is no artificial luxury over there, just nature-luxury. Who owns a TV, places it outside their small huts so that the whole community can watch together. They bring their couches and chairs and share it. I thought it is the best way of watching TV ever: a spontaneous drive-in cinema in the beautiful African way.

The best beaches are Pongwe, Paje, Kendwa, Matemwe and Jambiani. You wake up with the sound of waves and with the kids playing football on the beach. The transparent waters, and the white sandy beaches made my day, everyday. 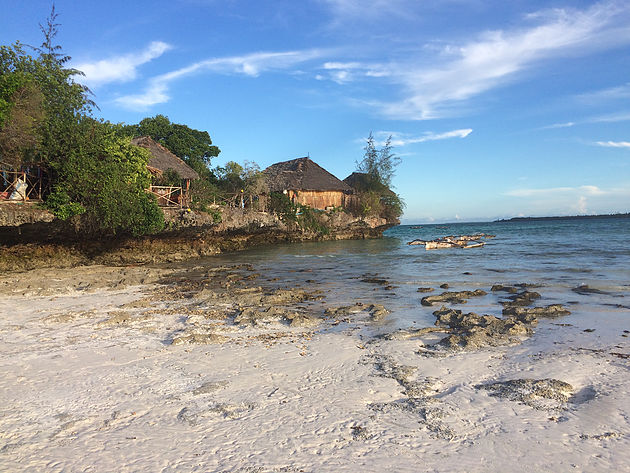 If you like dining out, there you can do it in Arabian style houses, on rooftop terraces or even on a rock. My favourite restaurant is The Rock, and is at the Pingwe. It used to be a fishermans’ post, so the restaurant has only 12 tables that are filled fast. Make sure you make your reservation so that you get the best seats in the house. The views are breathtaking. The restaurant can be reached on foot, but at high tide you will need to be transported back to the mainland by boat. The trip takes 2 minutes.

Zanzibar is full of history multicultural heritage and beautiful sights. Stone Town is a city of historical and artistic importance in East Africa because of its architecture mostly dating back to the 19th century. It reflects the many influences of the Swahili culture, being a unique mixture of Arab, Persian, Indian and European elements. For this reason, the town was designated as a UNESCO World Heritage in the year 2000. 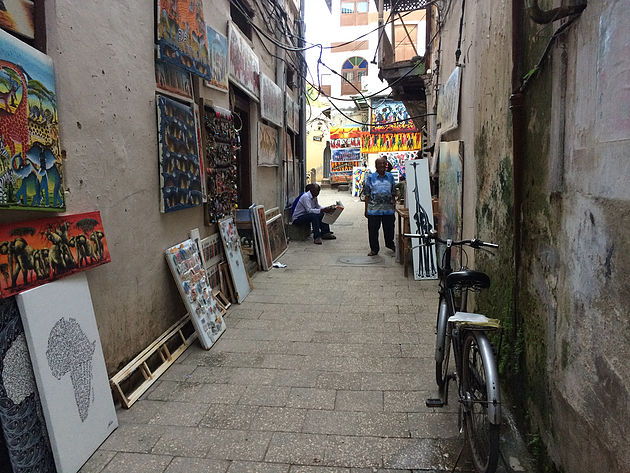 The most well known feature of Zanzibari houses are the finely decorated wooden doors, with rich carvings.

Did you know that Freddy Mercury from Queen was born in Stone Town? I didn’t. Actually he was born Farrokh Bulsara. The heart of Stone Town mostly consists of narrow alleys lined by houses, shops, bazaars and mosques. Since most streets are too narrow for cars, the town is crowded with bikes. Everyone seems to use the Dala-Dala share taxis, but I think the far best option is to rent a scooter: it is cheap and fun.

Vasco da Gama the Portuguese navigator has been in Zanzibar in 1499, and me 517 years later, but both were likely well impressed. Actually the first Europeans to set foot on the island were the Portuguese. We ruled the island for over 2 centuries and began constructing Stone Town’s first stone structure, the Old Fort. But, towards the end of the 17th century the Sultan of Oman took over. Rolling my eyes here.
Between the 15th and the 19th century Zanzibar was the centre of slave trade. During the opening years of the century, annual import to Zanzibar was estimated to be about 15,500 slaves. Thank God it stopped, even if way too late. A far better market is one of fresh fruits and fish, for sure. Then go to Darajani Market.

Darajani Market is a covered bazaar in the middle of Stone Town on Creek Road constructed in 1904. It is one of the best places to see the daily life and culture of Zanzibar from close. Here the locals can buy things of daily household use from fish to sewing machines. The most popular fish is called changuu, very tasty I’m sure. In the morning there is also a fish auction.

Speaking about Changuu, since you are in the Stone Town, why not going to Changuu Island? Better known as Prison Island, the island was supposed to be a prison for slaves but no prisoners were ever housed and instead it became a quarantine station for yellow fever cases. Now it is a tourist resort and the home of endangered Aldabra giant tortoises. The oldest I spoke to was 189 years old and seemed quite bored with life.

To absolutely everyone, people and tortoises, that welcomed me so warmly in Zanzibar I say thank you, or in Swahili: Asante sana. If you want to say hello it is Jambo. And if you happen to fall in love with some native, then tell him or her Nakupenda. These are basically the most important words we should ever need to say in any language.