San Francisco is home to a little bit of everything. Whether you’re a first time visitor or a long-time local, San Francisco’s Golden Gates welcome us all. This time I didn’t spend much time there because my layover was actually in Oakland. So the cable car was the perfect idea for us to have a beautiful glimpse of the city. At Powell and Market streets, there is a cable car turntable which serves as the beginning stop for two lines, the Powell-Mason and Powell-Hyde lines. The first line I mentioned was the one I picked on the 3rd of February. It begins there at turntable and then the line runs from there up and over Nob Hill and down to Bay Street at Fisherman’s Wharf. When you hop aboard these rolling landmarks you’re climbing hills the same way San Franciscans did in the 1870s. Isn’t that wonderful? I also love to travel in time.

The land of Bamby

Some have asked me to post a video about my routine as a flight attendant. If we can call it a routine. Sometimes I have layovers really long in which I spend 3 or 4 nights outside my base (London), but we also have short duties, like a 24 hours layover in Tampa, or New York, or Orlando, or Barbados, and so on.

But 24 hours is enough if we are eager to visit and run all the streets of the city. And if we sleep a lot less than necessary. So, I have decided to show you what happens in 24 hours of my life at my airline job. In the morning I’m in London, in the evening I’ll have dinner in New York, the next day I’ll be walking around the big Apple and in that same evening I’m serving tea and coffee and making sure you fly safe from A to B. And back to London here I am again. 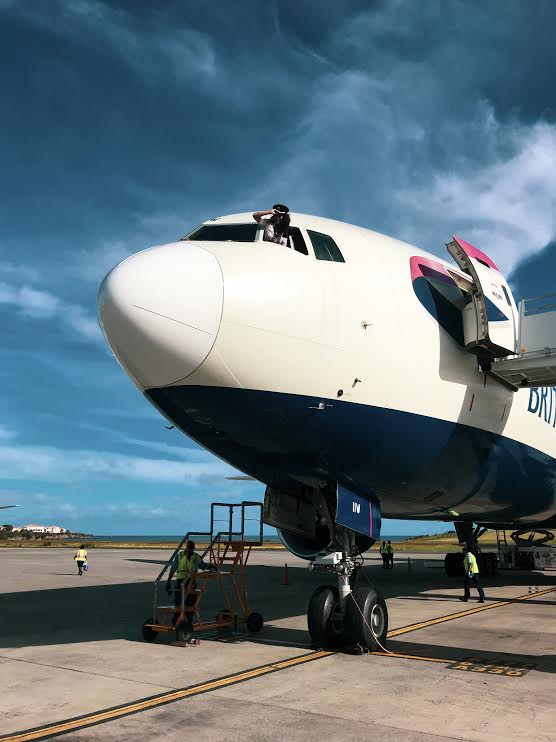 1. One of the New 7 Wonders is the World, at over 260 million years old, Table Mountain is older than the Andes, the Alps, the Rocky Mountains and the Himalayas. The Alps are a relatively youthful 40-million years old.

2. Its highest point is Maclear’s Beacon, which is 1085 meters above sea level. That being said, much like some of your ex-partners ego, Table Mountain is still growing. The mountain is often covered in cloud which is known as the ‘Table Cloth’ – the cloud formation that develops over the top of the table mountain because of the forced lifting of air by the earth’s topography.

3. In 1998, former president Nelson Mandela said that Table Mountain was a gift from the Earth. Pretty much what my mom said about me when I was born.

4. A total of 4.2 million people visit it each year, and at least two people get married on Table Mountain every month. It is one of the most photographed places in the world.

5. World famous figures such as Oprah Winfrey, Arnold Schwarzenegger, Margaret Thatcher, Michael Schumacher, Tina Turner, and Sofia Vila Nova have all visited the iconic mark. You still don’t know who this last one is? Follow her on Instagram: @Anasufiavn.

6. For the fit and crazy, there are more than 350 hiking trails or routes available which take between one to three hours to reach the top. The Table Mountain National Park contains also approximately 160km of cycling track. Access is gained via day permits or annual activity permits. But you need to double check this, because I took the cable car. It carries around 65 people at one time now; in 1929 could only allocate 25. It is a scenic view!

7. The Cape of Good Hope section of the Table Mountain National Park is a haven for outdoor enthusiasts and offers besides the hiking and cycling already mentioned, also surfing, angling, picnicking, and beaching opportunities against the breathtaking backdrop of the mountains and coastline of the Cape Peninsula.

8. Animals to be found on the mountain include a Dassie. People say it looks like a guinea pig however to me it really looks just like a big rat. I have seen it with my own two eyes that this Earth will devour (a weird Portuguese idiomatic expression, sorry!)

9. Hoerikwaggo (Mountain in the Sea) is the original name given to the mountain chain by the indigenous Khoisan people of the Cape.

10. There is a lake in the Cape of Good Hope that has no rivers that lead into it: It is kept full only by underground water.

Sorry, but what are you still doing reading this post? Go book your flight, right now. And happy travels.

See what my friends say about this